We rise to bow before You, Almighty, With gratitude and in humility;

May our individual wills

Be one and bow before Your Holy Will.

As we congregate here this day,

May our thoughts be simple and noble;

With receptive hearts may we heed

The precious words of Truth.

Give but momentary satisfaction;

But everlasting peace for us will be,

When we love You and trust in You. 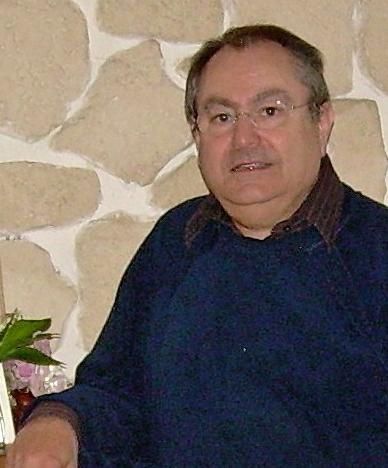 commentaire reçu de la Congregación Unitaria Universalista de A Coruña, le mercredi 15 octobre 08 "Dear friends, it is for us so beautiful. Really thank you and God bless you all.  Best wishes from Spain. Merci."

In view of the variety of creeds that exist among present day Unitarians, is it still possible to speak of a single Unitarian Theology? What have in common the historical Unitarian Church, whose credo dates back to the 16th-17th centuries, where God is providence, and universalist unitarianism, whose aim is to create a new religion?

Within the limits of this universalism, the congregations have to cope with an heterogeneity that includes not only believers but also agnostics and atheists. Tolerance and respect for others naturally have to be observed, even to the extent that the pronunciation of certain words, such as the name of God, is to be avoided, or to dilute the original rituals in a phraseologiy and gestures : the main aim of this is universality, though this may lead to banality.

Lastly, are there different theologies, or even is there for certain individuals any theology? Although the root of the word "theology" is the Greek word "theos” (θεος), which means god, the discipline refers to a much broader field since it means “a study of religious matters relying upon sacred texts, dogmas, and traditions” (Petit Robert); “The systematic study of the existence and nature of the divine and its relationship to and influence upon other beings" (Collins English Dictionary); "the organised body of knowledge dealing with the nature, attributes, and governance of God" (New Shorter Oxford English Dictionary, vol. 2, N-Z). Furthermore, monotheisms do not possess a monopoly since the customary, so-called pagan religions also offer a meditation upon our connections to the gods and other supranatural beings, and they possess well-defined religious corpuses comprising myths, prayers, rituals, practices, creeds and moral values.

So, bearing anthropology in mind, it is clear that the field of theology is much wider than that of the usual circle of religious confessions to which it is restricted. It thus becomes open to criticism, and the old concept of an anthropomorphic, patriarchal god, specific to an ethnic group (the Jews), or providing safety to a chosen community of believers such as Christians or Muslims, seems no longer acceptable.

On the other hand, adopting the atheistic point of view, science cannot progress beyond the Big Bang. The universe is better known, but the mystery of its origin remains intact. There is thus a convergence between the views of believers who no longer debate the nature of God (is He a person, an energy, a spiritual presence?) and those of atheists who acknowledge a dimension that defies human reason. They both avoid fanaticism, reclusion in undemonstrable creeds, and vain disputes. In contemporary unitarianism, a consensus has been reached concerning the mystery of Life and its spiritual dimension.

With respect to the vocabulary of reverence, the speech of the president of the Unitarian Universalist Association congregation, the Rev William G. Sinkford, in May 2003 (Corresp.unitarienne, n° 22, August 2003.), brings to an end the humanist ascendancy in Unitarian universalism, which could lead believers to adopt borderline positions.

Unitarian worship sessions have the potential to develop an emotional devotion through talks, songs and new rituals. Addressing the participants personally, these sessions become the place for expressing one’s faith. They have moved away from the Anglo-Saxon Protestant formula, which is still marked by Puritan or Calvinist sobriety, with an added rational coolness. In brief, during these sessions people mingle in an atmosphere of mutual acceptance, listening and encouragement; coffee and pastries gather the faithful around a table after the service, and the meaning of such originally pagan festivities is rediscovered. Even if no mention is made of God the transcendent Creator, Life in all its manifestations, not only human but also animal and vegetable, is magnified in a consciously ecological context.

From all these proceedings a single unitarian theology emerges that goes beyond differences between believers and non believers, taking the following forms:

1. Belief in the mystery of Life. Life has a spiritual dimension. If God exists, He must be regarded as a Creator God, the origin of our universe, giver of life. Further, if he can be conceived of as transcendent (as a Creator), He is also and above all present in the depth of his creation and of all living creatures. This has been asserted by all the Pantheists, and Pantheism offers such a synthesis. Following such a direction, but more dynamically, Process Theology asserts that God is in perpetual relation with his creatures. He does not act by himself but through us; our history, initially human, is the presence of God with Us, sharing our vicissitudes and endeavours; a stream of creative energy, always at work, internal, like that of which Teilhard de Chardin had an intuition. At all events we are situated apart from a static creationism, a linear Holy Story or a naive evolutionism.

2. This belief does not imply a predefinited cult – no credos, no acceptance of dogmas – instead it allows each to express his or her faith, convictions, in their own way. Worship may take any form of expression and is not limited to words alone – drawing, dance, music, exhibitions, expressive rituals are all valid. The language of reverence is everybody’s – no prohibition and no coding.

The mode of expression may take many different forms, but cohesion is maintained through the "rules of the game" which require everyone to speak for themselves, without attempting to engage the community, and require the community to listen without being obliged to acquiesce or disapprove – worship is liberalized.

3. If they have critically examined the body of their initial religious beliefs believers should feel at ease. The rituals proposed are somewhat different from those of the usual confessions, but the reason they are proposed is their universal value of sharing. Are they then becoming confused, aseptic, truncated, folklorised? Not if care is taken to explain their historical and religious background and its signification, which enabled their formulation.

For instance, in such a context, a Christian may break bread and share wine remembering Jesus. As Jesus is not God this ritual is performed as a fraternal act between people who value the message of the Gospel, and each is allowed to go further according to his or her personal belief in a Jesus who may have been resuscitated (Pentecostal version), or whose spirit is still alive and active (Quaker version).

Obviously, the redeeming interpretation which was understandable in the Messianic context of 1st century Judaism lacks a universal value. The traditional formulation "This is my body, given for thee", is liable to offend many, the sense of the Holy Communion is better expressed by the Didachee (60-90 AD) which refers to the fruits of the earth and of men’s work.

Other religious rituals may also be proposed, as long as as they have been considered and adapted to our modern world and they make sense to others. The value of a ritual lies not so much in the theatralisation of a gesture (amplified to an extreme in Roman Catholic, Oriental or other esoteric pomps) as in the virtue of sharing between participants, that is to say, its value as a universal sign, even though an explanation might seem necessary.

4. Unitarian religion is a spiritual accompaniment both for individuals and for groups. Its intention is neither to convert nor to keep people within the congregation but to help them go their own way and progress as individuals, even though this could lead them to other choices, away from Unitarianism. There is no spiritual guide, so sympathizers and believers enjoy the same consideration in our assemblies. The doors of the churches are now wide open, baptism and the profession of faith has been replaced by a relational ethic.